THE DEAD PRUSSIAN PODCAST: A Podcast about War and Warfare. Coming in 2016.

Twitter. FaceBook. iTunes. "Carl Von Clausewitz and his work On War has had a great influence on the way modern, particularly Western, militaries practice war. It is for this reason that this podcast, an exploration of war and warfare, is named The Dead Prussian. This podcast will endeavour to study war and warfare as thoroughly as Clausewitz did."

Contrarian Clausewitz: It looks like this site is just getting off the ground (as of June 2020). "Blog posts will be written from the perspective of well known strategists like Clausewitz himself A.K.A. the Practical Theorist, Hannibal Barca A.K.A. the Systemic General, Scipio Africanus A.K.A. the Stoic General, and Niccolo Machiavelli A.K.A. the Political Genius."

Grand Strategy: The View from Oregon 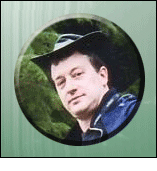 • The Clausewitzean Conception of Civilization

• Theoretical Geopolitics and the Theory of War

• Another book that changed the world

• Toward a Dialectical Conception of War

• A Clausewitzean Conception of Philosophy

THE OTHER CLAUSEWITZ: Vanya Eftimova Bellinger's blog covering her research on Marie von Clausewitz, which has a great deal to tell us about her husband.

ZenPundit: Zenpundit is a blog dedicated to exploring the intersections of foreign policy, history, military theory, national security,strategic thinking, futurism, cognition and a number of other esoteric pursuits. See especially this search for pieces on Clausewitz, ZenPundit's rediscovery of Clausewitz, and this interesting piece on Dynamic Trinitarianism. 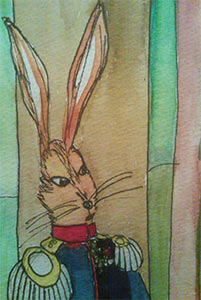 "Warriors: Politicians by other means"
by Kenneth Payne on February 1, 2010

"Strategies, analogies and Luttwak"
by Patrick Porter on January 2, 2010

"Clausewitz in Orbit: Spacepower Theory and Strategic Education"
by Bleddyn Bowen on 10 June 2015

"Clausewitz and Learning Through Communities of Practice"

In this blog, The Economist's correspondents provide reporting and analysis on the subjects of defence, security and diplomacy, covering weapons and warfare, spooks and cyber-attacks, diplomats and dead-drops. The blog is named after Carl von Clausewitz, the Prussian soldier and military theorist whose classic work, On War, is still widely studied today.

VISIONS OF EMPIRE: Thoughts on the ceaseless struggles for power that define our world • by "NerveAgent"

Waiting For Our Clausewitz

Waiting For Our Clausewitz II